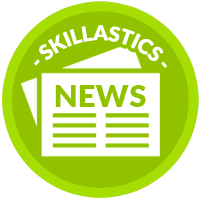 Obesity Rate in America Keeps Rising With No End in Sight

Obesity remains on the rise everywhere in America, and especially in the southern parts of the country. Two thirds of our population is now overweight to some degree and one third is considered obese.

According to a recently released report by the Centers of Disease Control and Prevention (CDC), based on a continued state-by-state survey, titled “Behavioral Risk Factor Surveillance System,” obesity rates have nearly doubled since these studies were initially conducted some 16 years ago.

Obesity is measured by the body mass index (BMI). A person with a BMI of 30 or higher is diagnosed as obese. Someone who is a 5’8″ tall and weighs 200 pounds, for example, has a BMI of 30.4. The definition can vary for athletes, pregnant women and also for children, depending on their age and gender.

Although obesity rates are up in every part of the population, there are observable racial differences, with more African Americans, Native Americans and Hispanics being affected than Caucasians. Age also seems to matter. Americans tend to become heavier after the age of 50.

More significant, however, are geographical differences. The states with the highest percentage of obese residents, 30% and over, are almost all in the south. Researchers say that culture and lifestyle may play a role, but also education, income and availability of food resources. Some point to the so-called “grocery gap,” that is the lack of availability and affordability of nutritious foods, like fresh produce, in low-income urban neighborhoods and poor rural areas.

Another massive obstacle is health education, or rather the lack thereof. Large parts of the population are simply ignorant or confused about the basic facts of healthful nutrition. Let’s face it; we have a persistent health illiteracy in this country.

If we are to expect people to improve their eating- and lifestyle habits, we must come up with better, more user-friendly ways to educate them. Many health books are too academic. Diet programs are expensive and promise more than they deliver. Nutrition and ingredients labels are difficult to decipher (perhaps on purpose) and don’t help to make better choices.

It is also futile to call for more physical exercise when neighborhoods are unsafe and parks are closed because of budget cuts. Schools are regularly forced to eliminate physical education (PE) from their curriculum, and poor communities can’t afford public pools and sport facilities.

Government-sponsored initiatives and national campaigns – like Michelle Obama’s “Let’s Move” program to reduce childhood obesity – could be a good start. But they are insufficiently funded and rarely reach those who need them the most.

What we really need is a mandatory national health literacy program in all public schools, to be taught across all grade levels. The “Edible School Yard” project of Alice Waters in Oakland, California could serve as an initial model. The kids who participate in this program not only learn how to grow foods and vegetables – even in the midst of an urban environment – and how to prepare wholesome meals from scratch, they also discover and appreciate the benefits of healthy living from early on, which will hopefully serve them well for the rest of their lives.

Timi Gustafson R.D. is a clinical dietitian and author of “The Healthy Diner – How to Eat Right and Still Have Fun™,” is available on her blog http://www.timigustafson.com and at Amazon. Her latest book, “Kids Love Healthy Foods™” is now available in e-book format at www.amazon.com

Sandy Slade is the CEO & Founder of Skillastics®, the #1 large group physical activity resource. Skillastics® makes it easy to organize, motivate, and engage students to move, learn, and love it. Skillastics® is an innovative technique of play designed around an oversize mat where up to 100 children can play at one time. There are 13 different Skillastics® Activity Kit themes, ranging from general fitness, sport skill development, character enhancement, and academic integration, including STEM and nutrition. The newest layer of Skillastics® resources includes 30-Day Virtual Physical Activity programs, including Fitness, Martial Arts, and Yoga.